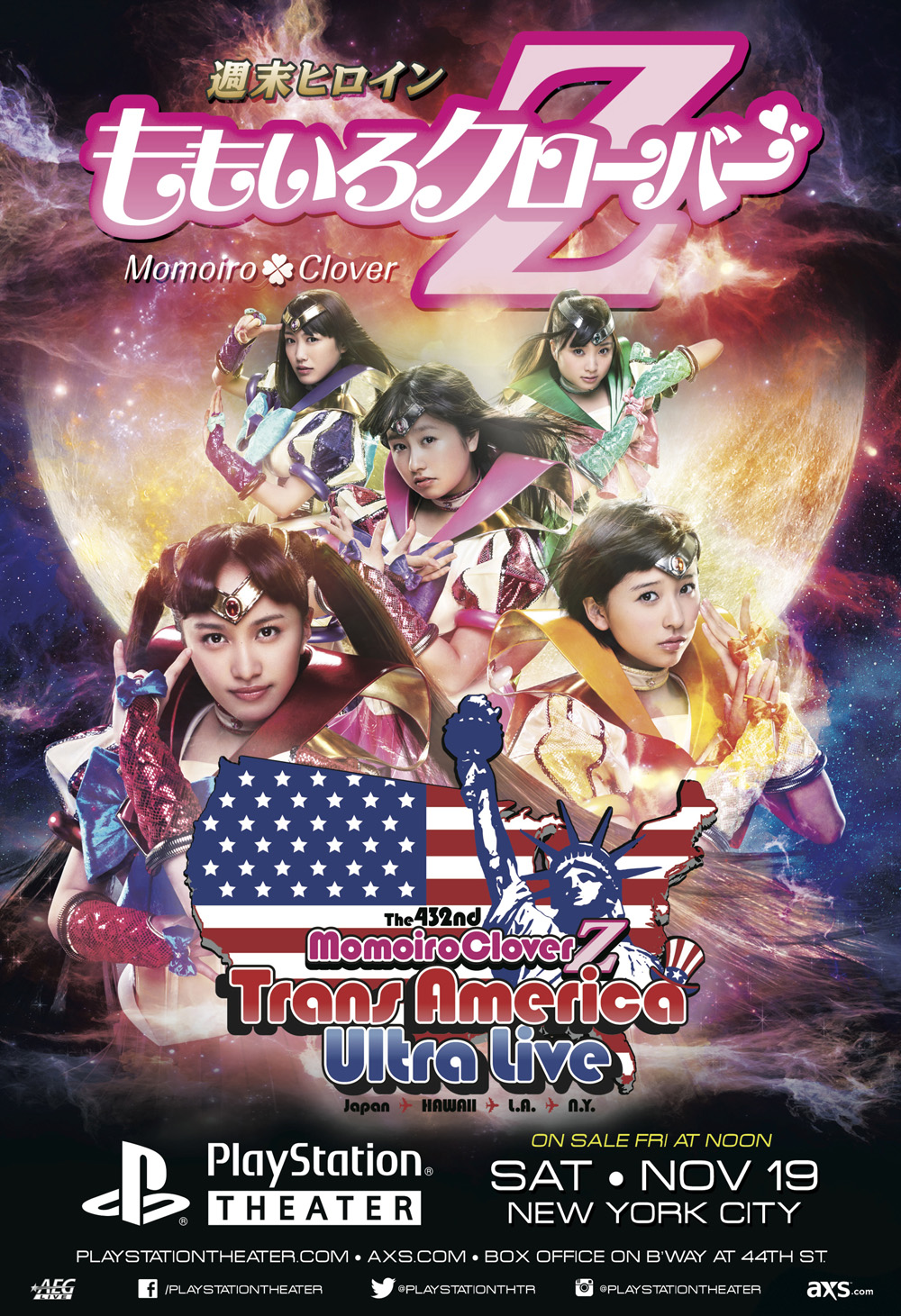 Momoiro Clover Z has announced the venues for their 3-city “Trans-America Ultra Live Tour”, November 15th-19th, with stops in Hawaii, New York, and Los Angeles. the group has also revealed 3 dazzling posters for the events.

A limited number of VIP tickets will be available for the each city, and will include an exclusive pre-show special talk with the artist, titled “JUSTICE WITH MOMOIRO CLOVER Z”, where the group will personally discuss their history exclusively with their “mononofu” fans.

Momoiro Clover Z (“MomoClo”)made their last appearance on U.S. shores at Anime Expo 2015, joined on stage by Paul Stanley and Gene Simmons of KISS celebrating their hit single “Yume no Ukiyo ni Saitemina”, which topped the Oricon Japanese Singles chart and Amazon’s Japanese Pop chart, the highest-charting single ever by a Japanese artist and international artist.

Momoiro Clover Z has contributed music to some of the world’s most popular anime programs and films, including Dragon Ball Z: Resurrection ‘F’, Sailor Moon, and Pokemon. In 2014, they were chosen as one of the opening acts for Lady Gaga’s tour of Japan.

VIDEO: Who Is Momoiro Clover Z? 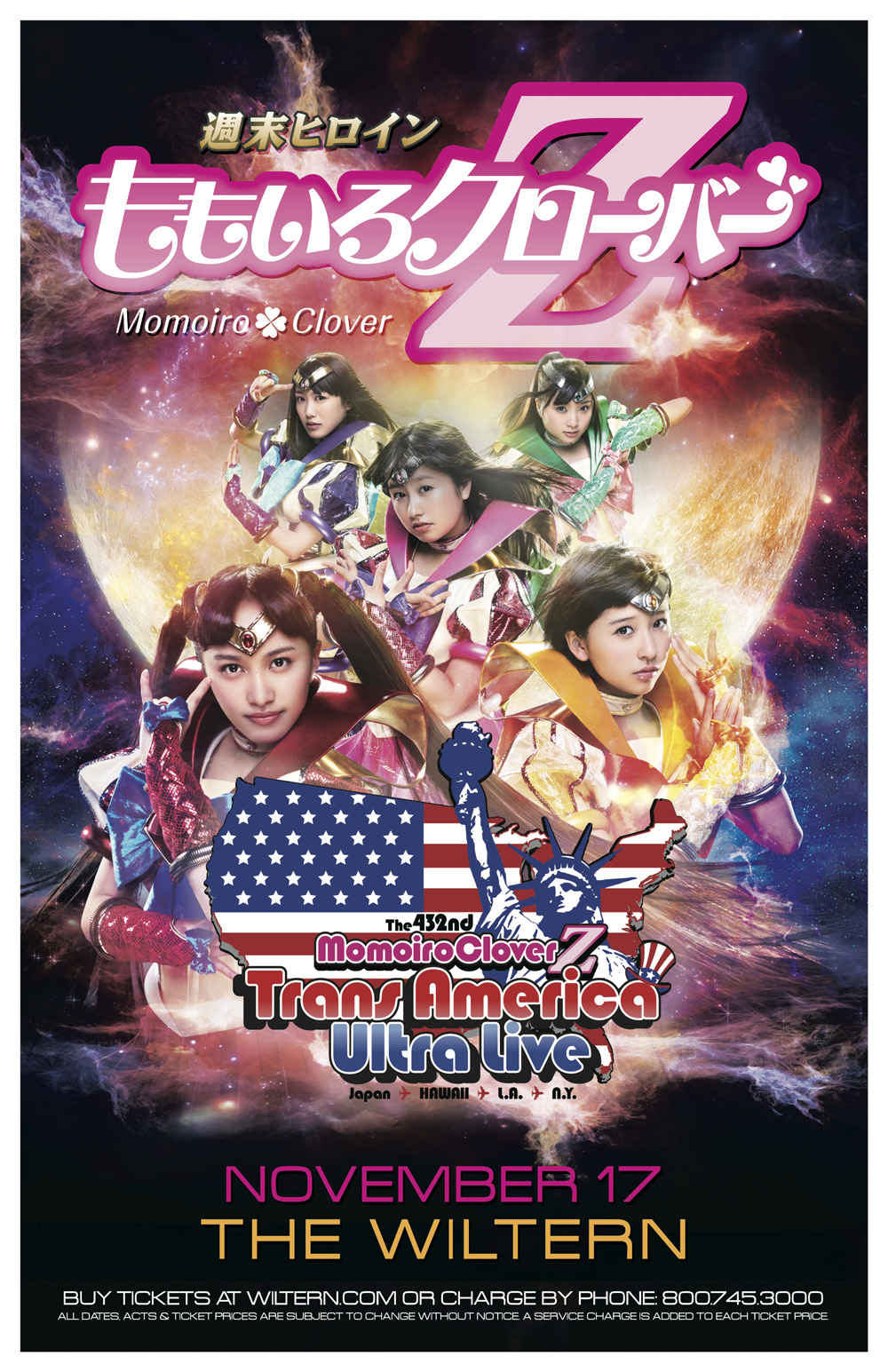